Often times I dream my books, and have been finding out that quite a few authors I’ve been meeting do the same. My “book dreams” come across like a fully developed movie in a theater, or they come in a few chapters a night for several nights in a row. But is this “cheating,” as if the ideas aren’t my own?

Sometimes I’m inspired as I set my hands on the keyboard and words and images fly into my head, as they did with Eve’s Amulet~Book 1. Read author Kathy Bosman’s

blog about how my YA horror and teen romance, Death House, was born.

How do your book ideas come to you? 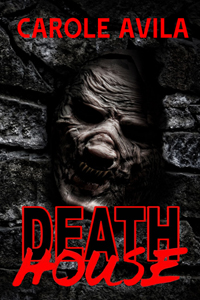 The idea for Death House was conceived when my 29 year-old daughter was still in grade school, and she challenged me to write a story as scary as R.L. Stine. Although it took many years to get out the door as I built up my confidence as a writer, Death House provided many enjoyable hours of dialogue and discussion with my daughters.

I wrote Death House to easily translate into film, just in case!

Although the cover doesn’t describe the demonic creature in my story, it conveys the image of something creepy crawling out of a dark portal. I’d give Death House a PG-13 rating for minimal swearing and some gore. It has a sweet romantic sub-plot between the two main characters, Adley Lange and Victor Trumillo. (Kristen, I hope you don’t mind that I borrowed Adley’s beautiful name!)

I’d appreciate your comments on my story and your honest but kind reviews on Amazon.com. Thanks!

See the giveaway details
at Goodreads.

Important reminders on achieving your goals and creating the life you’ve always wanted:
7 Easy Reminders to Living Your Dreams http://caroleavila.blogspot.com/

See the article at my new blogsite: Writing is Breathing at http://caroleavila.blogspot.com/ 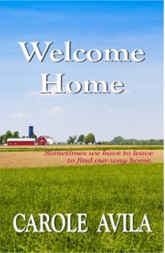